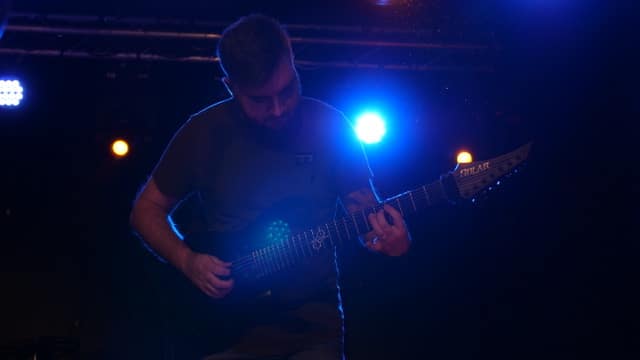 HYAENA is a progressif metal band from Orléans, France, that has already released a couple of EPs between 2013 and 2016, and their first album Existence in 2017
all mixed and mastered by Jamie King (Between The Buried And Me, The Contortionist, Scale The Summit…).

“What this album has that sets it apart from the majority of ëbrutalí and ëtechnicalí progressive metal these days is the atmosphere it conjures up.
This is a bleak, vitriolic and ugly album, with a brilliantly dark atmosphere, something which is often missing from death metal these days.
Hyaena may have the technique and musicianship, but itís not the primary focus here. The brooding riffs, the hard-edged,
suffocating production courtesy of great Jamie King, acidic vocals, compelling guitar solos and crushing drum barrage combine to produce a sound that is like no other band.”
– rockingcharts

After a tour around France to promote it, the band have just released a new album “Poison Pen” which is pretty different, to introduce our new singer Kevin, mixed by our own Jimmy and mastered by Jamie King.