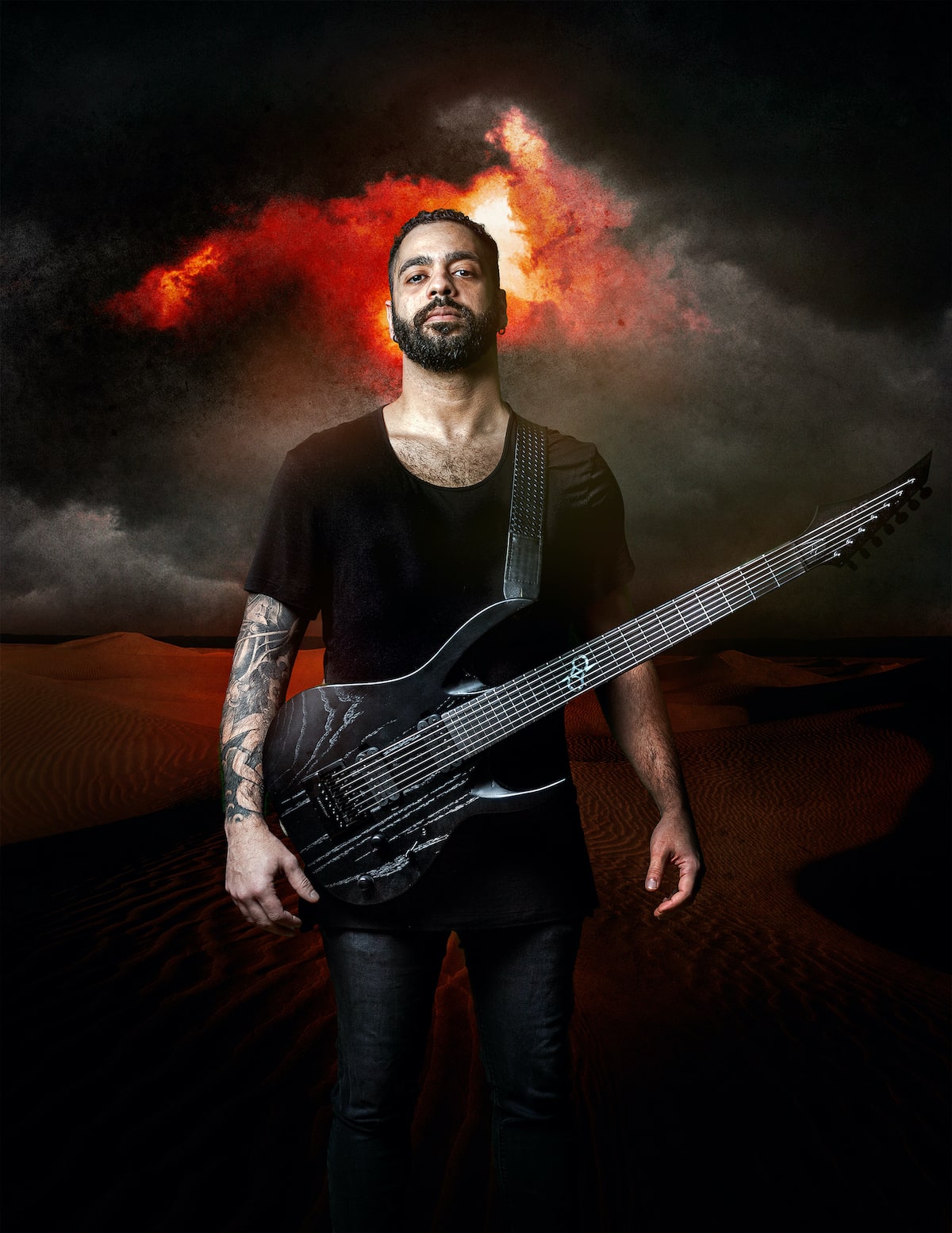 Originating from Morocco, Achraf has been playing guitar since he discovered Metal at the age of 12. He started playing in local bands until he moved to Canada to form AETERNAM and to pursue his dream of playing on the big stage.

The sheer amount of talent and creativity inherent in AETERNAM is refreshing and metalheads everywhere took notice once the band’s debut studio album “Disciples of the Unseen” was unleashed upon the world in 2010 on Metal Blade Records. Since then, the Quebec City quartet kept fine-tuning its craft to make it into a perfect blend of brutality and harmony, combining classic death metal song writing with middle-eastern influences where pure intensity, crushing riffs, pounding bass lines and brutal growls are paving the way for epic solos, acoustic melodies, huge orchestrations and large vocal harmonies.

In the following years, the band released 3 more albums to confirm their presence as one of the rising talents in the Melodic Death Metal scene. In support of their releases, the band went on a streak of shows, working with The Flaming Arts and Continental Records booking agencies to ultimately play the famous 70 000 tons of Metal cruise twice (2018, 2020) and tour both Europe and North America alongside Orphaned Land, Tyr, Suffocation and Venom Inc.