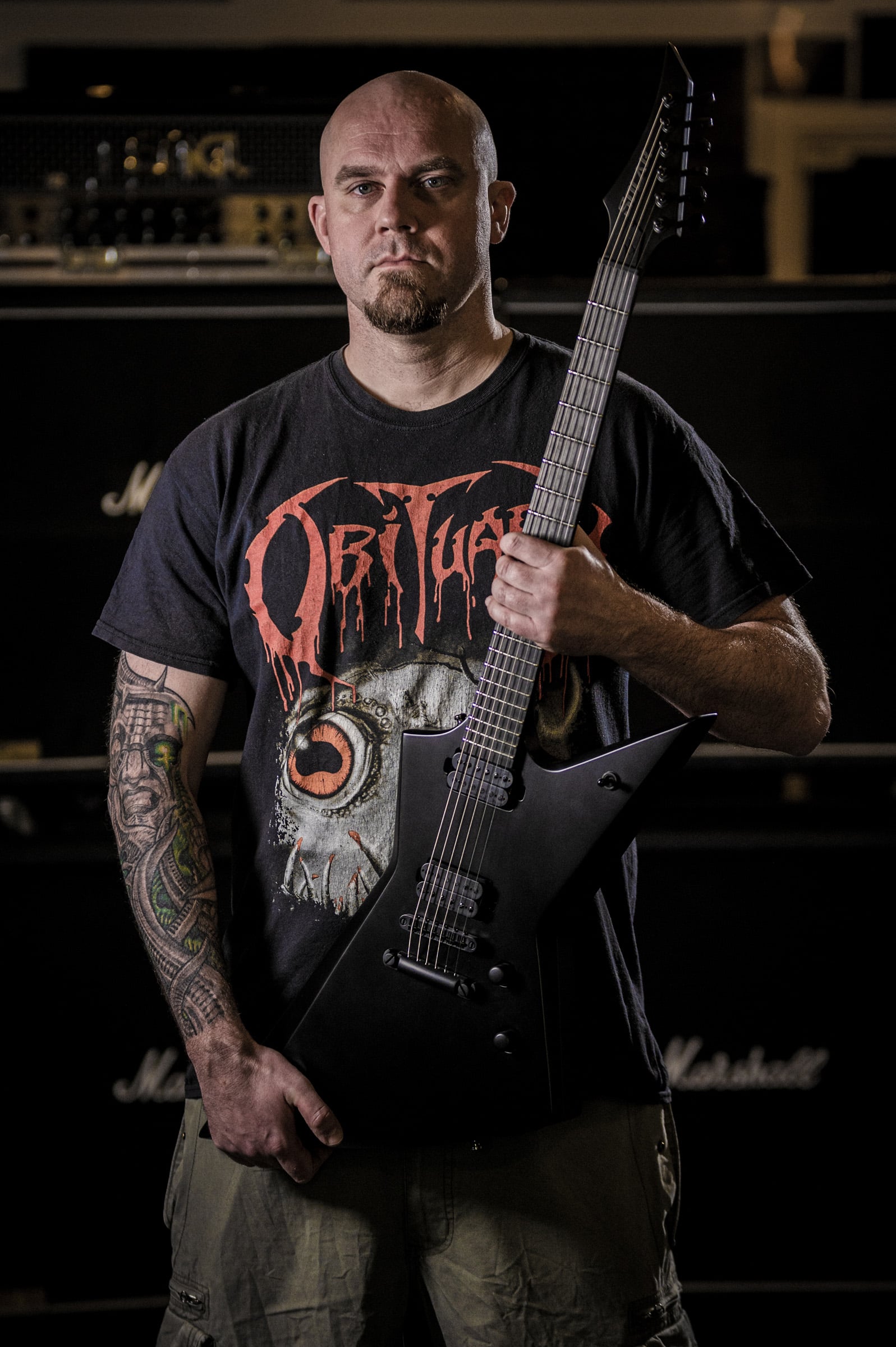 Dawn of Demise was formed in Silkeborg, Denmark in 2003 with one sole purpose – to play heavy and groovy death metal. Here 19 years later that goal hasn’t changed. The band’s emphasis has always been on heaviness, groove, good songs and catchy riffs which has over the years solidified them in the death metal scene. The band has, during the course of its existence wherein 6 releases have seen the light of day, shaped their death metal sound which best can be described as heavy US style death metal with lots of elements from the world of slam. With inspirations like: Suffocation, Pyrexia, Internal Bleeding, Abominable Putridity, Obituary, and Inveracity the heavier death metal element doesn’t come as a complete surprise.

An absolute beast of a guitar. I love it. Awesome sound, awesome playability, and a mind blowing design.